The Oregon Wine Board (OWB) gave its highest honors to the states wine industry leaders on Feb. 24 at the annual Oregon Wine Industry Awards Dinner. The Founders Award was given to Jim and Loie Maresh of Maresh Red Hills Vineyard in the Dundee Hills. The honorees were nominated by their peers for their extraordinary contributions to the Oregon wine industry.

The Oregon wine industry has been shaped by the individual commitment of passionate members of our community, said Ellen Brittan, chairwoman of the Oregon Wine Board.We are proud and excited to recognize these outstanding individuals whose devotion to Oregon wine and the incredible energy they dedicate to its advancement, has contributed so much to the growing success of Oregon wine on the world stage.

The Founders Award honors people whose long time work in and for the industry has positively affected the direction and accomplishments of Oregon wine, and whose personal efforts have helped foster cooperation among growers and winemakers. Jim and Loie Maresh are legendary Oregon wine founders who planted one of the earliest vineyards in the state and have been instrumental in securing Oregon’s long-term wine success.

In 1970, Jim and Loie planted what is today the fifth oldest vineyard in the state of Oregon, and the first on Worden Hill Road in the heart of the famed Dundee Hills AVA. It was pioneering vintner Dick Erath who convinced Jim and Loie that their 27-acre farm”now the 140-acre Maresh Red Hills Vineyard”would be ideal for Pinot noir and other grapes. Though not trained as farmers, Jim and Loie Maresh enthusiastically embraced viticulture and quickly became leaders in helping create and grow Oregon’s young wine industry.

It was with the help of Loie and Jim’s efforts in the courts and the state legislature throughout the 1970s and 1980s, supported by the small wine community that banded around him, that vital land use regulations were passed to preserve hillside land for agriculture. To this day, the Weber-Maresh Amendment is a frequently cited regulation that protects agricultural lands for generations to come. At the same time, wines made by winemakers like Fred Arterberry and others sourcing fruit from Maresh Red Hills Vineyard were some of the first Willamette Valley Pinot noirs to gain top scores from national wine critics, including a 98-point rating from Robert M. Parker Jr.s The Wine Advocate for the 1985 Maresh Vineyard Pinot noir. 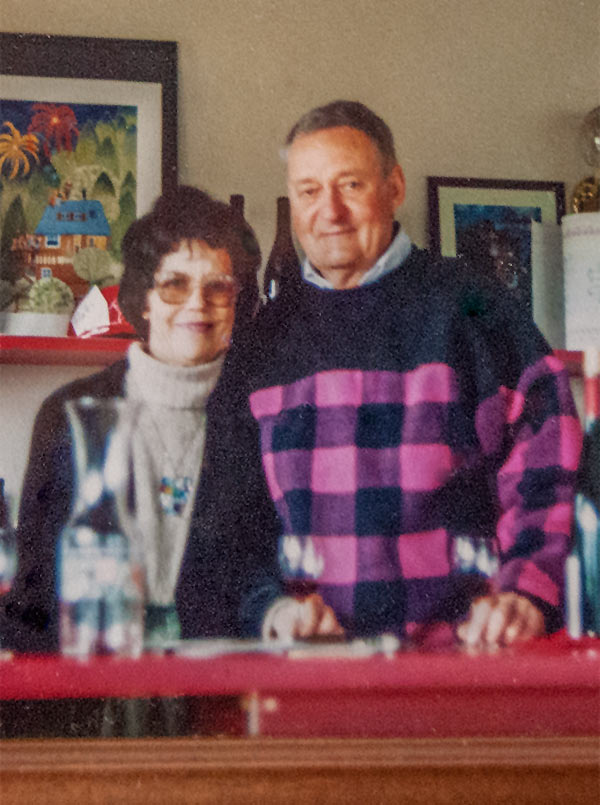